In a Palo Alto Networks study, most technology managers feel they need to take significant steps to meet security challenges posed by the growth in IoT devices

Mumbai, India – September 16, 2020 – Medical wearables, kitchen appliances and fitness equipment and other connected devices are regularly connecting to corporate networks, prompting technology leaders to warn that significant action should be taken to protect them from being used to hack into businesses.

That’s according to a new survey on practices for securing IoT (the Internet of Things) commissioned by Palo Alto Networks, the global cybersecurity leader. It polled 1,350 IT business decision makers in 14 countries in Asia including India, Europe, the Middle East and North America.

Overwhelmingly, respondents report a rise in the number of IoT devices connecting to their networks over the last year. Among the connected trash cans, light bulbs and hand sanitizers, one red flag emerged: More than half of those who polled said they either need to make a lot of improvements to the way they approach IoT security (43 percent), or that a complete overhaul is needed (36 percent).

In India, businesses surveyed have complete confidence (92%) that they have visibility of all the IoT devices connecting to their organisation’s network. However, two in five (40%) of the largest businesses surveyed (3,000 employees plus) reported that they have not segmented IoT devices onto separate networks -- a fundamental practice for building safe smart networks. It is even more worrisome that only 27 percent reported following best practices of using micro-segmentation to contain IoT devices to their own tightly controlled security zones.

“Adoption of digital technologies is being seen on an unprecedented scale and so is the spike in security concerns. We need to bear in mind that cybercriminals are getting smarter, thanks to technological advancements and innovations. They are constantly exploring new avenues of cyberattacks - including through IoT devices - and therefore, more caution needs to be exercised by the organisations as they take a technological leap,” said Anil Bhasin, regional vice president, India & SAARC, Palo Alto Networks. He further added, “As we plan on a wider implementation of the Internet of Things (IoT), there has to be a solid strategy in place to overcome the security challenges that come along.”

“Traditional networks are ill-equipped to handle the surge in adoption of IoT devices,” said Tanner Johnson, senior cybersecurity analyst at Omdia. “Device behavior baselines need to be established to allow for new recommended policies to help stop malicious activity. For instance, it would raise a flag if a connected thermostat started transmitting gigabytes of data to an unfamiliar site.”

Palo Alto Networks released the survey as part of its ongoing effort to shed light on security threats posed by the surge in deployment of devices connected to the internet. Business Insider Intelligence forecasts there will be more than 41 billion IoT devices by 2027, up from 8 billion last year.

Palo Alto Networks, the global cybersecurity leader, is shaping the cloud-centric future with technology that is transforming the way people and organizations operate. Our mission is to be the cybersecurity partner of choice, protecting our digital way of life. We help address the world's greatest security challenges with continuous innovation that seizes the latest breakthroughs in artificial intelligence, analytics, automation, and orchestration. By delivering an integrated platform and empowering a growing ecosystem of partners, we are at the forefront of protecting tens of thousands of organizations across clouds, networks, and mobile devices. Our vision is a world where each day is safer and more secure than the one before. For more information, visit www.paloaltonetworks.com. 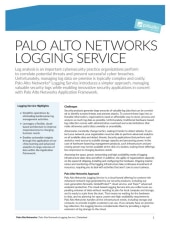 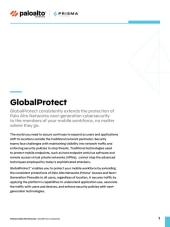 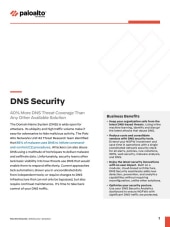 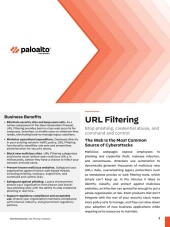 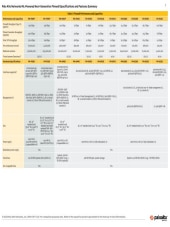